Come along and support this great evening of talent!! 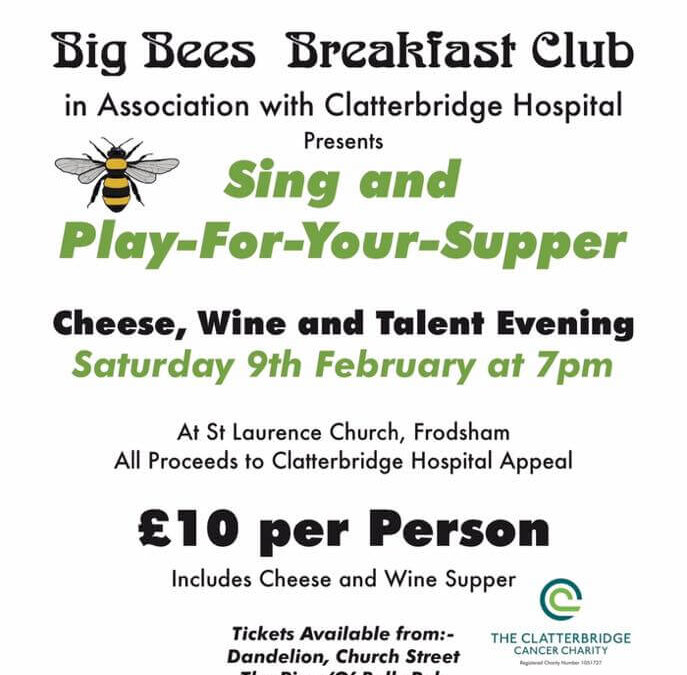 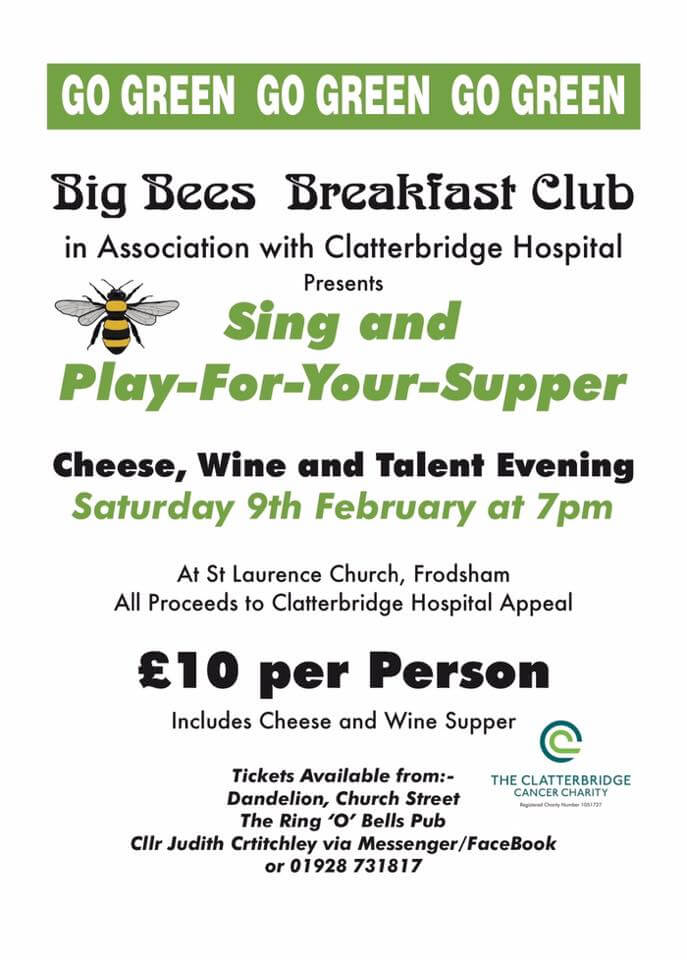 Do come along to support Clatterbridge’s appeal!

Superb line up of talent including Frodsham Sings!!!  Line up so far:

Father Michael will recite two poems, both special commissions from Andrew Rudd our local poet – ‘Spirit of Frodsham’ and a new poem specially commissioned for Clatterbridge.

All of this, plus cheese and wine at the interval, an absolute bargain for a tenner